Bordeaux Concert’ by Keith Jarrett Review: An Ode to Spontaneity 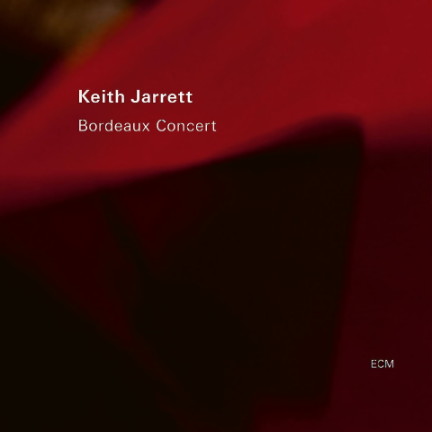 “There are some simple virtues in his playing which any listener can surely respond to: gorgeous melodies, patiently evocative development which can lead to genuinely transcendent climaxes, and beatific ballad playing.”

“In 1972 Jarrell began performing solo concerts which consisted simply of two extended improvisations, each usually 30 to 45 minutes in length. The music spanned a rich variety of traditions, but was developed in a manner that seemed holistic rather than merely eclectic, illuminating Jarrett's reference to his work as universal folk music. Through the international success of these concerts he became the only jazz artist of the 1970s to capture a mass audience without conforming to commercial trends. Furthermore he has spearheaded a revival of interest in acoustic music, having refused to play electronic instruments since he left Davis's band. Avoiding easy categorization, his projects remain extremely varied.”

“A master jazz musician goes onto the stage hoping to have a rendezvous with music. He/she knows the music is there (it always is), but this meeting depends not only on knowledge but on openness. It must be let in, recognized, and revealed to the listener, the first of which is the musician him/herself. This recognition is the most misunderstood part of the process (even by musicians). It is a discrimination against mechanical pattern, for content, against habit, for surprise, against easy virtuosity, for saying more with less, against facile emotion, for a certain quality of energy, against stasis, for flow, against military precision, for tactile pulse. It is like an attempt, over and over again, to reveal the heart of things.

Given the above, jazz is not "about" the material. The material provides a layer of substance above or beyond which the player intends to go. It's also possible to do this by going deeper into the material.(If a song is good enough, it can provide the path, but the process is not dependent on the material.)” 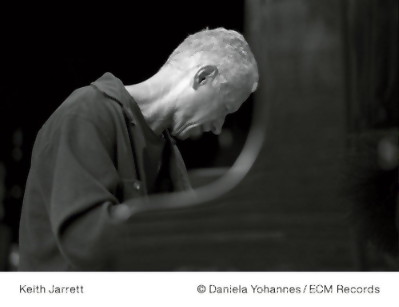 The 77-year-old jazz and classical pianist can no longer play, but a previously unreleased 2016 live solo performance, out Sept. 30, features his whole explosive musical palette.

The following review appeared in the September 26, 2022, print edition of The Wall Street Journal.

“Pianist Keith Jarrett, a pioneer in several musical realms whose efforts were met with near-universal acclaim, can no longer perform. His multifaceted career included jazz ventures with the likes of Art Blakey, Charles Lloyd and Miles Davis; classical endeavors in works by J.S. Bach, Bartók, Pärt and American-Armenian composer Alan Hovhaness; and, most famously, expansive solo improvisations, such as the iconic “Köln Concert” of 1975, one of the best-selling piano recordings in history. Now, sidelined by two devastating strokes, both suffered in 2018, that part of his life has come to an end. Yet, numerous recordings are still in the can, and ECM is beginning to roll out a series of new issues—including a splendid solo concert captured live in Bordeaux, France, in 2016, to be released on Sept. 30.

“Bordeaux Concert” is a hymn to spontaneity. Arriving on the stage of the Auditorium de l’Opéra National de Bordeaux, he had no notion of what he would play; on the spur of the moment, the music simply unspooled in long, elaborate improvisations, continuing or ending as the whim demanded. Exactly how he managed this remains a mystery. Miles Davis once asked him how he created something out of nothing. “I don’t know,” Mr. Jarrett responded, “I just do it.”

Unavoidably, hints of other composers’ works naturally emerge. His extensive musical encounters have encompassed compositions from opposite sides of the stylistic spectrum. He has taken on pieces by American Lou Harrison, whose music Jarrett said, at the 1985 premiere of Harrison’s piano concerto, “is the kind people usually call ‘naïve.’” And, on the other hand, there are his recordings of Shostakovich and Bach. “Bach’s mind was working at a remarkable speed,” he commented to me in 2013, at the time of his Bach Sonatas for violin and piano project with Michelle Makarski. “He forces our ears to go places sometimes that would have been considered wrong” if others had written it.

These experiences left an imprint on “Bordeaux Concert,” where the music explodes right out of the gate in a flurry of colliding lines free of tonal gravity, with modernist intricacies like those of Shostakovich or jazz avant-gardist Cecil Taylor. From track to track, the narrative feels like a journey through the entire Jarrett musical universe, the “naïve” to the colorfully exotic—from spiky classical inventions, to Middle-Eastern incantations and gospel hymns—executed with a rich palette of piano touches, and an unfailingly solid rhythmic sense. Despite some echoes of the familiar, the 77-year-old Mr. Jarrett explained in a recent phone call, his improvised piano excursions always began with a blank slate, as he attempted to “free myself from past behaviors.” For him, the thrill of performing is found not in perfecting well-worn ideas, but in metaphorically “jumping off a cliff” into the unknown—his success measured solely by the experience of “ecstasy.”

As listeners, we can share in that exuberant feeling as we follow the remarkable, unanticipated shifts in his approach. “Bordeaux Concert” unfolds in 13 parts, progressing from aggressive, angular sequences in Part I (“In the past I felt I was building a new world at these concerts,” he muses. “And don’t new worlds start with an explosion?”) to a bare, ornamented melody in Part II, its modal colors and assertive articulation evoking a solo instrument, like the Armenian double-reed duduk, or perhaps a plucked oud. In Part III, delicately voiced white-note clusters suggest heartfelt tenderness, while the soft, lyrical phrases in Part VI ring out in the high treble, supported by subtle rhythms below. Part X brings to mind the repeating, multilayered patterns of minimalist Steve Reich.

What binds the whole together is the creative mind of a musician who refuses to be a prisoner of stylistic limitations. Mr. Jarrett’s move from active classical performance to full-time improvisation turned on the unbounded musical freedom the change offered him. Yet in various ways he had been devoted to spontaneous composition for a long time. “When I was 5 or 6 years old my parents got me a book and record called ‘Sparky’s Magic Piano,’” he told me. “It gave me a clue about what to do. I was already improvising, but I didn’t know it.” And from those roots an important career sprouted and flourished.”