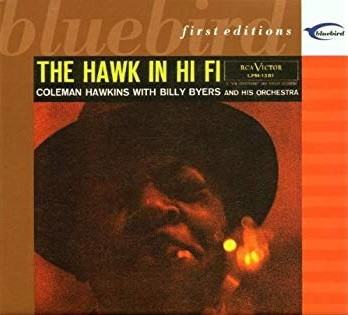 Given the phenomenal audio enhancements made possible by today’s digital electrical technologies, it seems almost impossible to remember back to the mid-1950s when analog high fidelity recordings or - Hi Fi - were all the rage.

But if you compare these to what went before them - 78 rpm shellac records - Hi Fi was a considerable reproductive enhancement in sound quality.

The “highs” were more sparkling and the “lows” were more booming and the music was given a more fuller sound due to the broader range of dynamics made possible by this “new” technology [which, ironically, was soon to be superseded by stereophonic sound!].

From a Jazz perspective, one immediate benefit of Hi Fi sound quality were recordings made featuring Jazz musicians performing with string sections. These formats were all the rage during the late 1940’s and early 1950’s as witnessed by those albums with strings cut by Charlie Parker, Don Byas, Clifford Brown, Dizzy Gillespie and Buddy DeFranco.

Some of these “with strings” efforts were more successful than others and the better outcomes were largely the result of an arranger’s knowledge of how to write for strings and the ability of string players [who were generally from a Classical music background] to phrase these arrangements with Jazz inflections.

The trick was to make the strings sound fuller and the phrasing to be more implied than stated. Of course, the other key was to use the string setting to make the soloist sound good especially when playing ballads.

I always thought that one of the more successful “with strings” collaboration was the one between arranger Billy Byers and legendary tenor saxophonist Coleman Hawkins.

The music of this Jazz alliance was released on The Hawk in Hi Fi: Coleman Hawkins with Billy Byers and His Orchestra [RCA Victor LPM 1281; RCA Spain 74321580562] which was recorded at three different sessions in New York City in 1956.

The following liner notes from the original LP will provide you with more background on Coleman, Billy and the music on this landmark recording. They were written by John S. Wilson the music critic for The New York Times for four decades and also an occasional host for a Jazz radio program which was broadcast in NYC and environs.

Luckily, in an era of YouTubes, we are fortunate to have a number of samples from the music on and I have appended a couple of these at the close of Mr. Wilson’s notes.

“COLEMAN HAWKINS is one of those rare figures on the jazz scene—a man who had to invent a means of jazz expression for his instrument. Before Hawkins took his place in Fletcher Henderson's saxophone section in the mid-Twenties, the tenor saxophone had no individuality as a jazz instrument. Hawkins single handedly made a place for it. As Benny Goodman once said. Hawkins "invented the tenor."

In as robust and vigorous an art as jazz, it is not enough simply to break new ground. As an originator. Hawkins briefly set the pace and the style for tenor saxophonists. But by his originality he had opened the floodgates, shown how it could be done, and soon the challenges from other inventive tenor men were coming thick and fast. A less flexible musician than Hawkins could have been buried under this avalanche, forgotten except as an outdated pioneer. Hawkins, however, is of that breed of men who require a challenge as much as they need air and food.

For the past twenty years, as tenor styles have changed and the approach to jazz has been revolutionized, Hawkins has faced up to a constant challenge. The fact that he has met this challenge eagerly and gladly is reflected in the pliant quality of his playing today. When the gauntlet is down. Hawkins is at his best, as he was when he returned from a long stay in Europe in 1939 to find that both he and his charging, chopping, gut deep style of playing were considered passe. His answer, Body and Soul, is still a classic performance and a model for tenor men. In planning the program for this album. Billy Byers had Hawkins' challenge-susceptibility in mind.

Byers himself is a somewhat unusual figure on the jazz scene. Only 28 when he wrote and conducted these selections, Byers had already had a jazz career and two studio careers and was embarking on his second career in jazz. He was a West Coast studio trombonist when he was 16 and later —after spells in both Harvard and the Army—a sideman with Georgie Auld, Benny Goodman and Charlie Ventura. He retired from jazz when he was 22 to devote himself to arranging and playing on top TV shows. By 1955 Byers felt he'd been retired long enough. He got back into jazz, mostly as a trombonist at first, then taking on more and more writing and conducting assignments.

Byers first got to know Hawkins' work well in the early Forties. He was an admirer of that work but he noticed that as Hawkins gigged his way around the jazz circuit a repetitious pattern was settling on most of his performances: Hawkins plays the melody. Hawkins plays jazz. Hawkins plays an ending. For this RCA Victor session, Byers was determined to break down this pattern and to face Hawkins with the kind of challenge to which he responds by setting him in three different kinds of groups.

Hawkins had known Byers as a trombonist but not as an arranger and at this first session he seemed curious to find out about this side of Byers. He plays on these numbers with a reserve, a delicacy that is not always associated with him. Much of this, of course, was his response to the framework in which Byers set him. On I Never Knew, for instance. Byers sets the scene with a solo flute (Julius Baker) before the rhythm section and the rest of the ensemble creeps in underneath for sixteen bars — all this before Hawkins finally bursts into view in the release. On this first chorus, Hawkins is glimpsed only briefly but on the second chorus, as the tempo increases, he takes charge and is off on one of his richly embellished solos. Notice the apt delicacy of Osie Johnson's cymbal and brush break after Hawkins' solo, just before the strings return.

On Dinner for One, Byers brings Hawkins on after a brief string and reed introduction, setting a medium tempo for him with Hawkins playing with an unusually light, fluid tone. There are charming examples of Hank Jones' light, lilting piano on both releases. On There'll Never Be Another You and Little Girl Blue, short, thoughtful trombone solos by Freddie Ohms set off Hawkins' playing.

His Very Own Blues, a Hawkins composition, leads out of a pretty Hank Jones opening to a riff played by Hawkins and the trumpets, which is very reminiscent of his work in the mid-Forties. As he gets off on his own, he is his familiar, jabbing, angular self, constantly pushed by the band and driven to top it as the band builds in back of him. 39"-25"-39", allegedly a descriptive title, turns Hawkins and the trumpets loose at the same pace.

The Bean Stalks Again, another riff-based piece but at a moderate tempo this time, leads off with a muted trumpet chorus by Chuck Kidde. There is a typical bit of Hawkins ingenuity as he picks up the riff under Kidde, takes it down, kneads it, swings it and builds it back up again before Kidde takes the figure quietly on out. I'm Shooting High also pairs Hawkins and Kidde and gives Hank Jones a brief moment in the spotlight on the second chorus.

Byers' final challenge to Hawkins is double-edged —a band made up of a big string section (fifteen pieces), a legitimate woodwind quartet, rhythm section, but no brass, plus, as one of the selections. Hawkins' most famous number. Body and Soul. Many of the changes in jazz in the past seventeen years, and the changes in Hawkins, are summed up in the differences between this Body and Soul and Hawkins' 1939 version. He challenges his old self from start to finish —and particularly at the finish as he deliberately sets out to outdo his old cadenza. 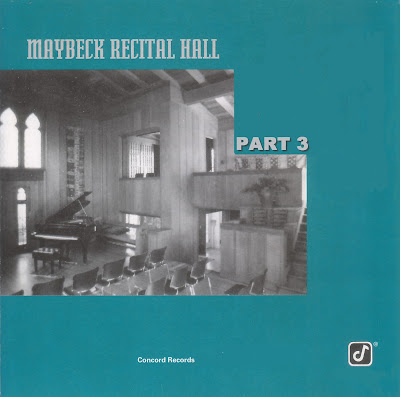