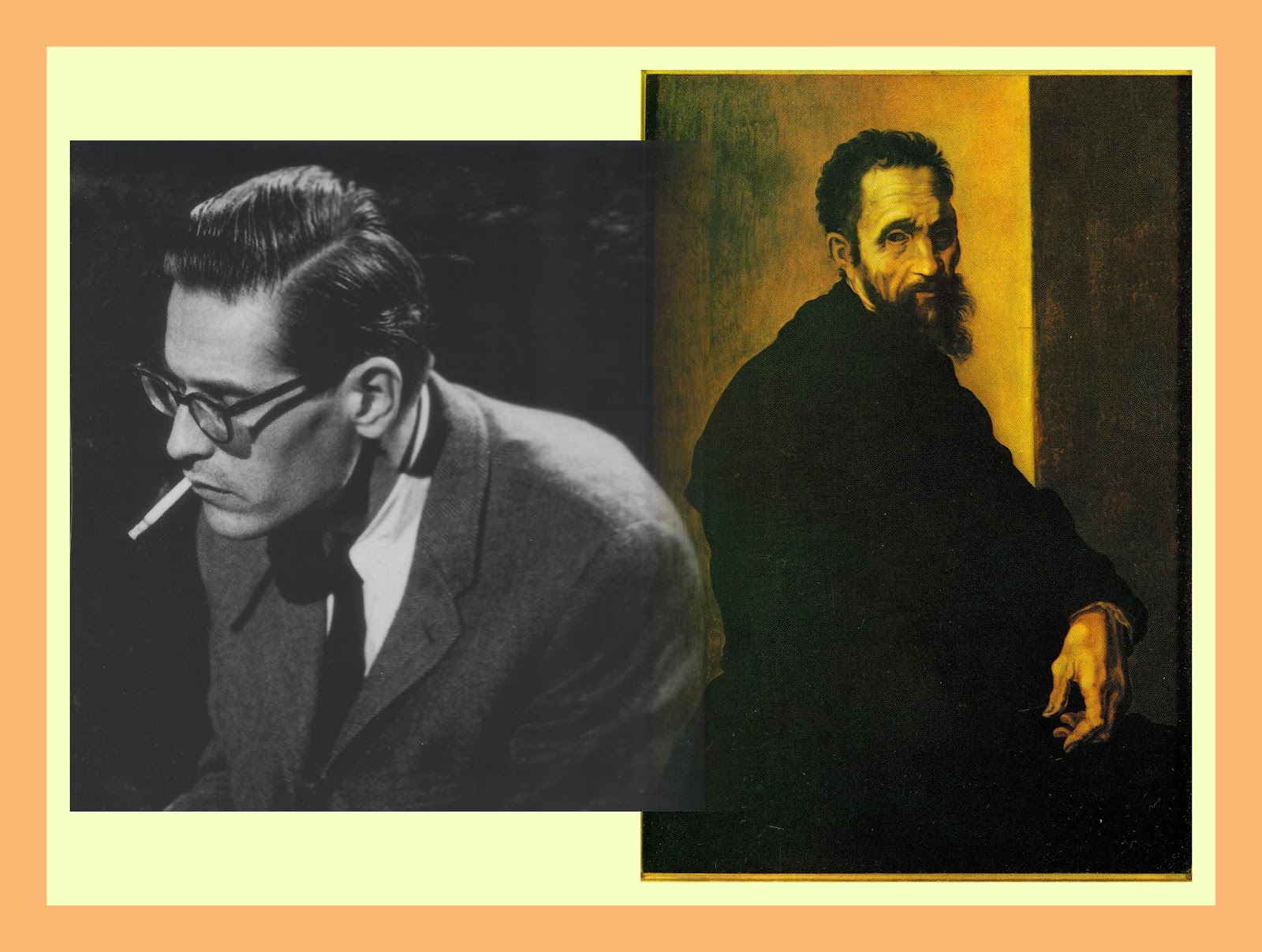 A recent reading of the following Economist Magazine book review of Martin Gayford’s Michelangelo: His Epic Life brought to mind the concept of empathy in art.

Empathy means “feeling with” as compared to sympathy which denotes “feeling for.”

It has been said that great artists have empathy for their art [that’s why they become sculptors, painters, musicians, photographers, film-makers, et al] and empathy for the subject of their art [statues and busts, still lifes and landscapes, Jazz or Classical music, nudes or portraits, film noir or documentaries, etc.]

Michelangelo Buonarroti, whom some consider the greatest sculptor who ever lived, was said to be able to “see” the human figure in an uncarved block of stone.

The late pianist, Bill Evans, “heard” in Jazz the influence of Debussy, Ravel, Satie and other early, 20th century French impressionist composers. For Bill, it became more a question of how to take this empathetic understanding of these Classical French composers and “voice” them into Jazz, chordally.

As was the case with the young Michelangelo in the Art world of Renaissancian Florence, most of in the Jazz world upon first hearing Bill Evans knew that he was a special Jazz pianist.

Bill just seemed to burst onto the Jazz scene in the late 1950’s as if “out of nowhere.” When in 1959 Bill formed his trio with bassist Scott LaFaro and drummer Paul Motian, the music they created seemed to appear as if “out of magic.”

No one had ever used this approach to Jazz before; some even questioned whether Bill’s style was even Jazz.

And then, just as quickly, it was over when Scotty died in a 1961 automobile accident at the age of twenty-five.

The Jazz World almost loss Bill, too, when he descended into a deep depression and didn’t touch the piano for almost a year following Scotty’s death.

Drummer, bandleader and club owner Shelly Manne also mourned, but he did more than just grieve over the loss of Bill.

To help him out of his depression, Shelly brought Bill to California and booked him at his club, The Manne Hole, initially as a solo pianist.

Shelly’s professional and personal empathy for Bill was so strong that it also resulted in he and Monty Budwig, the bassist in his quintet at the time, flying back to New York together in August of 1962 and making Bill’s first recording with Verve Records which was appropriately entitled - Empathy [Verve CD 837-757-2]. 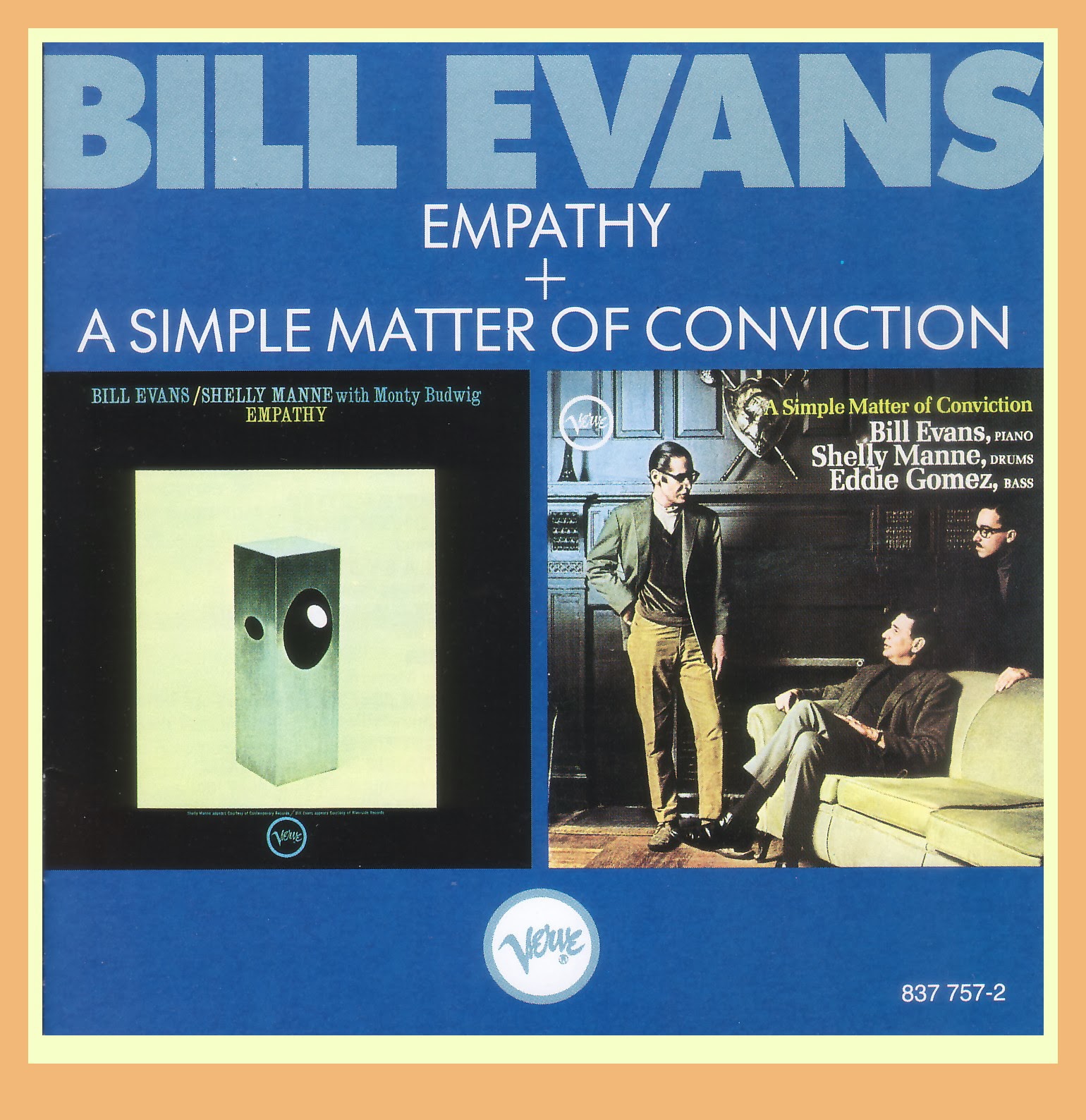 It was just another empathetic action that Shelly undertook to help Bill get back on his feet and moving forward again.

It has been said that God sprinkles a few geniuses into each generation to inspire the rest of us.

While I missed Michelangelo Buonarroti by more than a few hundred years, I’m sure glad I didn't miss Bill Evans.

I guess to a large degree, I have Shelly Manne’s empathy to thank for that.

Here’s the review in The Economist, December 14, 2013 review of Michelangelo: His Epic Life, by Martin Gayford [London: Fig Tree, 2013] that prompted this piece.

“LORENZO DF MEDICI, ruler of the Florentine Republic, was so taken by a statue carved by an adolescent that he proposed to make the sculptor a member of his household. The boy's father was not impressed. He told Lorenzo that his family would be demeaned if his son were to become a stonemason. But the youth believed that he had been born to carve stone, and so the father relented. In the Medici court the young sculptor was given a violet cloak, paid five ducats a month and treated as an artist. As it turned out, the sculptor, Michelangelo Buonarroti, was also born to paint, write poetry and be an architect. He even showed considerable talent for military engineering.

Michelangelo died in 1564 at the age of 88. The scale, variety and quality of his work during his long life are staggering. Generations of historians and biographers have tried both to explain and describe it. He was the subject of two biographies during his lifetime, and he appeared prominently in Giorgio Vasari's "Lives of the Artists", a seminal work of 16th-century art criticism. In Martin Gayford's monumental new epic, the bibliography alone covers 15 pages. There will always be something worth saying about the man who sculpted a naked David 17 feet (5.5 metres) high and who painted the ceiling [see concluding video] and the awesome "Last Judgment" in the Sistine Chapel. He came to architecture late in life but his staircase to the Laurentian Library in Florence is so beautiful that it transforms an architectural detail into a dazzling work of art.

Recent biographies of artists such as Titian and Vincent van Gogh have not been light reading, in either the literary or the literal sense. To distinguish their work from earlier biographies, authors dig deep into the social and political context in which these artists worked, and so does Mr Gayford. A gifted popular art historian, he has also become a student of the papacy in the i6th century. He writes that Michelangelo, who worked for ten popes, also argued with them and sometimes refused to do their bidding: "highly unwise, but revolutionary," says Mr Gayford.

Only in Florence did the church authorities know how to cope with him. "His disposition is such that, if spoken to kindly, he will do everything," they told Pope Julius II, his patron. "It is necessary to show him love and favour him."

That was not easy. Michelangelo was the most uncompromising of men; he insisted that he had not been taught anything by anyone and he preferred to work alone. He was also a miserly curmudgeon, given to complaining about his tailor in Florence, for instance, who did not let him try on a doublet that turned out to be tight across the chest. Although he was entranced by handsome young men, he seemed to have had little appetite for sex. Eventually he quarrelled with nearly every one of his friends.

Although he was a contemporary-and unrelenting rival-of Leonardo da Vinci and Raphael, Michelangelo is an incomparable figure among artists, in a rarefied league with Shakespeare and Mozart. It is the job of a popular historian to remind each generation of the remarkable qualities of real genius. Mr Gayford's readable life does just that.”

This video montage of Michelangelo’s paintings of the Sistine Chapel is set to Bill, Monty and Shelly performing The Washington Twist from Bill’s Empathy LP.