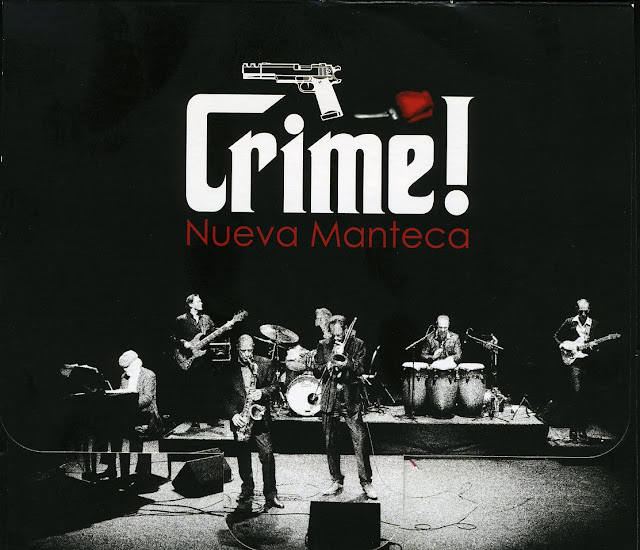 “As indicated earlier, Nueva Manteca, inspired by the work of Jamal, generally approaches songs more as a 'compositional device' which allows for interpretations whereby the song becomes a story comprising edited musical scenes in the form of heads, intros, interludes, solo choruses, outros. Much like film editing. That way each musical scene contributes to the progress of the story of the song.”
Jan Laurens Hartong, Pianist and Founder of Nueva Manteca


There are three things you can always count on with each, new Nueva Manteca recording: [1] the highest quality in musicianship, [2] the best in Latin Jazz rhythms and [3] the application of Latin Jazz to a theme be it the sound track from Broadway Shows such as Porgy and Bess or West Side Story, the music of early Jazz as it might have been performed in Congo Square in New Orleans or Afro-Cuban themes centered around place such a Varadero Beach in Cuba [site of a Jazz Festival with the same name] or Yoruba-influenced catholic mass as in Afro-Cuban Sanctus.


Their latest efforts continues all of these themes in NUEVA MANTECA - CRIME! - live at Net Klooster, Woerden, The Netherlands, 2014 which is available through the Jazz Worldwide and Agency at www.jwajazz.nl.


"With this recording Nueva Manteca makes you an offer you can't refuse."


A surprisingly big amount of the best film music has been written for Crime movies and TV series. The names of some of its greatest composers immediately come to mind: Ennio Morricone, Nino Rota, Dave Grusin. This 12 th Nueva Manteca album Crime! could also have been aptly titled 'Salsa y Suspenso’, instrumental Salsa that is. The crime movie genre heightens a viewer's mood and level of anticipation. Essential characteristic elements in its music are: suggestion, shock, surprise and suspense.


Some of these elements are also an essential aspect of the artistry of Ahmad Jamal whose approach appears at times to be similar to that of a film director.


As indicated earlier, Nueva Manteca, inspired by the work of Jamal, generally approaches songs more as a 'compositional device' which allows for interpretations whereby the song becomes a story comprising edited musical scenes in the form of heads, intros, interludes, solo choruses, outros. Much like film editing. That way each musical scene contributes to the progress of the story of the song. A good example of this filmic approach is our arrangement of The Godfather Theme.  An opening melody is stated immediately after which comes a montuno vamp with a conga solo , followed by o return of the initial melody.Then comes the principal theme. An interlude precedes solo sections for trombone and piano and towards the end a new melody appears. It is the beloved refrain melody of the song Caruso, Italy's tribute to the immortal opera singer. All the different parts of the arrangement are edited and so combined to form a whole.


With this approach we have attempted to shed 'new light' on some of the best-known film music.


In addition to the aforementioned The Godfather Theme, Nino Rota's Michael's Theme is presented here as a cha cha cha, it's pensive mood beautifully rendered by our guitarist. A slow Guajira closes the arrangement.


Ciao City, an original composition, was inspired by the great TV series Boardwalk Empire about the rise and fall of Atlantic City


The cop TV show of Baantjer was an instant success in Holland, its main title song "Circle of Smiles" made famous by harmonica virtuoso Toots Thielemans. If is here presented as a solo piano prelude after which the bond kicks in.


The 'sneaking up behind’ theme song of Baretta - one of the most famous police series of the 70's - challenged us to try some Latin Funk.


The gorgeous "Deborah's Theme" from Once Upon A Time In America is Morricone at his best. Reason enough to keep our version as basic and simple as
possible.


From the West Side Story comes I Like to be in America cast in a catchy arrangement by the inventive pianist Marc Bischoff who gave the melody an intriguing 6/8 twist.


Tatort is a famous European police TV drama which is still running. It's 'in your face' theme song was composed by the nestor of German Jazz saxophone, Klaus Doldinger.
Finally, I extend my heartfelt thanks and deep appreciation to the band members whose unique artistry has made this music come to life”


The following video features the band on - what else? - The Theme From ‘The Godfather.”