The Shark’s Pretty Teeth: Pops on Mack The Knife 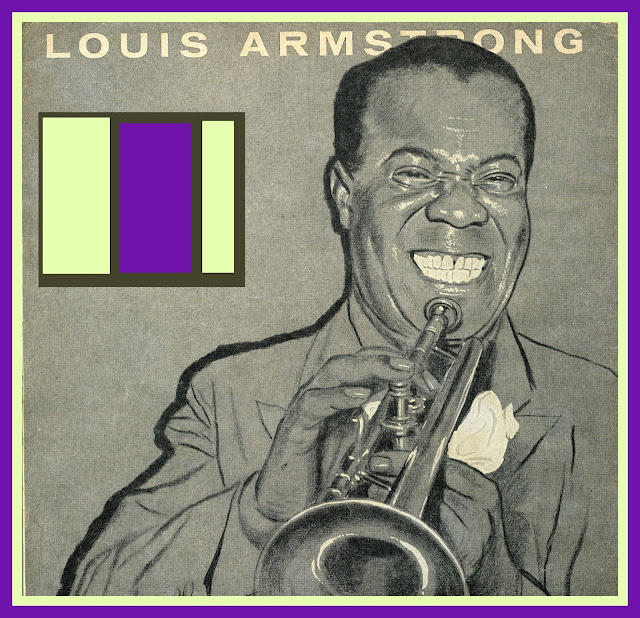 The following by Terry Teachout appeared in the July 28, 2017 edition of the Wall Street Journal.

How Louis Armstrong turned a song about the vicious exploits of a murderer in 18th-century London into a jazz hit.

“For all the enduring success of their other collaborations, Bertolt Brecht and Kurt Weill are both best remembered for “Die Dreigroschenoper” (“The Threepenny Opera”), their caustically witty 1928 adaptation of John Gay’s 1728 “Beggar’s Opera,” which portrayed low life in 18th-century London. But it was not until 1955 that the American public at large first heard any part of “The Threepenny Opera”—and it was Louis Armstrong, the most important figure in the history of jazz, who introduced them to it.


In September of that year, Armstrong and His All Stars recorded “Mack the Knife,” Marc Blitzstein’s English-language version of “Die Moritat von Mackie Messer,” a “murder ballad” about the vicious exploits of the show’s principal character that was the most popular number in “The Threepenny Opera.” Armstrong’s deliciously swinging cover version became a hit single, one of a handful of small-group jazz recordings ever to do so, and he would perform it the world over until he died in 1971.


Armstrong was introduced to “Mack the Knife” by George Avakian, his producer at Columbia Records. Mr. Avakian, who was determined to put his beloved Satchmo back on the pop charts, had recently seen the 1954 off-Broadway revival of “The Threepenny Opera.” While the original 1933 Broadway production had closed after just 12 performances, this small-scale staging, newly translated by Blitzstein, the author of “The Cradle Will Rock,” became a sleeper hit, ultimately running for six years. Mr. Avakian came home certain that “Mack the Knife” had the makings of a hit single, but he was unable to persuade any of Columbia’s other artists to play his hunch. Dave Brubeck, Erroll Garner and Gerry Mulligan all turned him down flat, finding the simple tune to be too repetitious.


It was Turk Murphy, a San Francisco trombonist, who suggested that the song might suit Armstrong. Murphy wrote and recorded a combo arrangement that Mr. Avakian brought to the trumpeter, who agreed on the spot to record it. His attraction to “Mack the Knife” was easy to understand. Not only was Weill’s riff-like melody instantly appealing, but Blitzstein’s rendering of Brecht’s lyric, an acid-etched portrait of a switchblade-wielding street thug, was no less immediately memorable: “Just a jack-knife has Macheath, dear / And he keeps it out of sight.” Armstrong found the song richly evocative of his New Orleans childhood, laughing out loud as he listened to the demo. “Oh, I’m going to love doing this!” he told Mr. Avakian. “I knew cats like this in New Orleans. Every one of them, they’d stick a knife into you without blinking an eye!”


Murphy’s arrangement was a spare sketch well suited to the talents of the All Stars, the instrumental combo that accompanied Armstrong. “Dig, man, there goes Mack the Knife!” the trumpeter rasped genially by way of introduction. Arvell Shaw and Barrett Deems laid down a springy, pulsing two-beat accompaniment on bass and drums over which Billy Kyle, the All Stars’ pianist, strewed Basie-like twinkles. A muted Armstrong played the penny-plain melody, with the clarinetist Edmond Hall and the trombonist Trummy Young riffing softly behind him. Then he put down his horn and told the tale of the bloodthirsty Macheath with a glee that had nothing whatsoever to do with the grim lyric, translating it into New Orleans-flavored Satchmo-ese: “Oh, the shark has pretty teeth, dear / And he shows them a-poi-ly white.” Armstrong also overdubbed a trumpet obbligato behind his vocal. At the end he pulled out his mute, shouted “Take it, Satch,” and led the band through a rocking out-chorus.


The results were irresistible, and no one tried to resist them. Released as fast as Mr. Avakian could slap it onto vinyl, “Mack the Knife” rose to No. 20 on Billboard’s pop chart. Though Bobby Darin’s cover version, cut three years later, sold even better, it was Armstrong who turned “Mack the Knife” into a jazz and pop standard that has since been recorded by such artists as Tony Bennett, Ella Fitzgerald, Bill Haley and the Comets, Peggy Lee, Sonny Rollins and Frank Sinatra. But Armstrong’s version remains sui generis, a quintessential example of his fabled ability to take unlikely sounding songs and make them his own.


In 2015 “Mack the Knife” was made part of the Library of Congress’ National Recording Registry, a roster of “culturally, historically or aesthetically significant” audio recordings “of enduring importance to American culture.” The other recordings enshrined in the registry range from Judy Garland’s “Over the Rainbow” to Martin Luther King Jr's “I Have a Dream” speech. Satchmo would have been proud.


—Mr. Teachout, the Journal’s drama critic, is the author of “Pops: A Life of Louis Armstrong” and “Satchmo at the Waldorf,” a play about Armstrong. This essay, commissioned by the Library of Congress for the National Recording Registry, was adapted from “Pops.”