"George Benson: The Ticking of the Clock is Loud" by Mike Zwerin 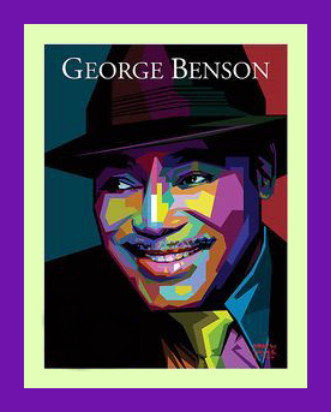 Born on March 22, 1943, in Pittsburgh, Pennsylvania. Guitarist George Benson got his start playing for jazz organist Jack McDuff in the 1960s. He made his claim to fame in the '70s as a solo artist when This Masquerade hit No. 10 on Billboard's Hot 100. The song was featured on 1976's Breezin', which peaked at No. 1 on the Billboard 200.

Miles Davis employed Benson in the mid-1960s, featuring his guitar on "Paraphernalia" on his 1968 Columbia release, Miles in the Sky.

A child prodigy, Benson started his musical studies at age 7 on the ukulele because his hands were too small for the guitar. Benson's Breezin' was inducted into the GRAMMY Hall Of Fame in 2008.

The late Paris-based jazz musician and International Herald Tribune writer Mike Zwerin posted a 41-week series entitled Sons of Miles to Culturekiosque Jazznet. In this series, Zwerin looks back at Miles Davis and the leading jazz musicians he influenced in a series of interviews and personal reminiscences. Here is the Chick Corea piece in that series. It was published on April 30, 1998 so add 20 years to any math in the article.

“George Benson's charcoal pinstripe suit fit like another layer of skin. Lounging in his penthouse suite overlooking Knightsbridge, he was at home with luxury. He would appear homeless without it. "I'm a part of history," he said; a dignified simple statement of fact.

Numbers make history in the music business. Benson's unique combination of voice and guitar has sold more than 25 million albums since 1976, when the easy-listening "Breezin'" won three Grammy awards and went over the million mark. He claimed: "It's the best-selling jazz album of all time."

"Say, Joseph," he called his valet, "did you put that champagne in the refrigerator?" He pressed his hands together in secular prayer: "Can I have some, please?" Joseph was working his fourth tour as Benson's London valet.

"When are you coming to New Jersey?" Benson asked him, flashing a warm smile. His handsome face can almost be called 'pretty' reminiscent of the young Billy Eckstine.

He took the glass: "Then we can serve you for a change."

It was the afternoon before the fourth of five consecutive sold-out performances at the Wembley arena - 8,000 customers a night. The previous week he sold out 14,000 seats in the Bercy Omnisports arena in Paris.

A long way to go for a kid who served some time in a reform school, followed by ten years with organ trios -  "on the bar, above the bar and in the back of the bar in every nook, cranny and dive in America;" traveling in a VW minibus, the equipment stuffed in the back, driven by a driver who "once took us to Kentucky instead of Illinois because he couldn't read the road signs."

Benson knew he could do better than compete with bartenders for a living. Scout and starmaker John Hammond confirmed it, signing him to a CBS contract. But Benson calls himself a "softie."

He would not be able to pull off the following Miles Davis caper, which he observed when they made a record together in the late 1960s: "Miles came, stayed for five minutes, played three or four notes and left. He didn't like what he heard coming back through the earphones. He did the same thing the next day.

"Miles is an independent person. He wasn't about to play some highly creative music in a situation that was not congenial. Whereas I might be motivated to stay and deal with that situation because I'm a family man. I need the money. I need to make records for my career - whatever. I've always been a softie."

Benson could never say no when pressed to sing for church socials after winning an amateur contest back in Pittsburgh at the age of 8: "I didn't like it when I had to sing whether I felt like it or not. Once it became known that I could do it, I was trapped in a corner. 'Oh, please sing!' 'Okay, I will.'" 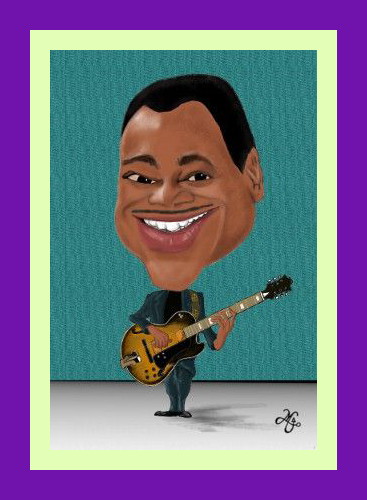 He turned pro as a guitarist in his teens. The legendary Wes Montgomery became his close friend and mentor.

Before Miles hired him, he told him: "'You're the baddest guitar player in the world.' I knew he wasn't jiving me.”

Benson is still considered amongst the best, even by those purists who lament his singing which producers did not take seriously at first: "We just threw a vocal together from time to time."

So he changed producers and began to launch hits like product lines. "'Breezin' was the 'Thriller' of jazz. It became a classic," he said with a touch of macho. "But these things do not happen by accident. Everything has to be in its proper place.

"With 'Give Me the Night,' produced by Quincy Jones in 1980, we went after three markets - jazz, R&B and pop - and got them all. That record won three Grammys. We didn't just throw together any old batch of tunes. There's too much at stake now.

"All the elements have to be in place. I checked it out, more than 90 percent of the music played over white radio stations have electric guitars. They don't want acoustic pianos and stand-up basses.

"Black music can be played on white radio if you make something they want to hear. I figured, okay. I'll put some wah-wahs and delays on the guitar, mix it up higher, add some percussion in the background if that's all it takes.

"And the world said I changed my whole concept. I just changed some details. People called me a 'traitor to jazz.' I don't recall signing any vows in church to be faithful to jazz."

Benson was baptized a Jehovah's Witness in 1979. "I don't want to fall back into my crazy stuff. I had to clean up my act. I'm a family man. I live a clean life."

He refuses to sing sexually suggestive material. (He broke with producer Quincy Jones over that refusal). His manager Ken Fritz called him "a multi-million dollar multinational corporation."

That night at Wembley, Benson sang his hits with joy and dignity: "The price you have to pay for having become a part of history is singing the same songs every night. I get myself up for it by remembering that I've got a dynasty going. I also like to make people happy. I'm an entertainer."

He is less physically imposing on stage than in person: you cannot appreciate the pretty face from a distance and he does not jump or clown around. But the largely white audience responded to the frequent funky guitar solos as well as the romantic vocals; and the 39 strings behind the 10-piece rock band made a classy impression. All the elements were in place.

On the way out, his Rolls Royce stopped at the Wembley gate so Benson could sign autographs for a group of girls who had been waiting for more than an hour in the cold. Gliding down the High Street, Joseph poured champagne.

But then Ken Fritz said gently: "George, I have bad news. Marvin Gaye was just shot dead." The loudest sound was the ticking of the clock.”