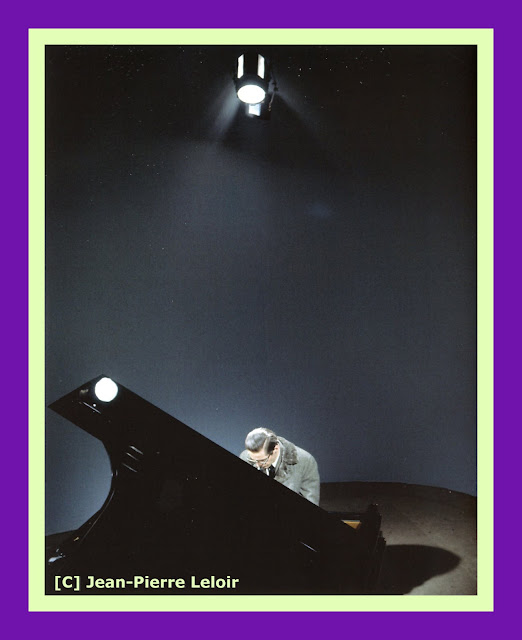 As Curator, and now, Curator Emeritus of American Music at The Smithsonian Institute, John Edward Hasse has done so much for Jazz over the years, as has the vocalist par excellence Tony Bennett, that the editorial at JazzProfiles thought we’d bring them both along to celebrate the 90th anniversary of the birth of pianist Bill Evans on these pages.

The lyrical jazz pianist, born 90 years ago this month, blurred the line between front man and accompanist in his intimate connections with other musicians.

“Eyes shut, shoulders hunched forward, face parallel to the piano keyboard, Bill Evans focused on his bassist and drummer, ignoring the chatter of rude drinkers at the Top of the Gate nightclub in Greenwich Village. Had he lived, Evans would have turned 90 this week.

A college-age pianist at the time, I was thrilled to experience his music washing over me. Revering him as my keyboard hero, I cautiously approached him during a break. He listened quietly to my compliments and posed patiently for a photo. Soft-spoken and introverted, he wore his genius like a hidden pocket.

Evans was born in Plainfield, N.J., on August 16, 1929. Attracted to the piano at an early age, he pursued late-night gigs during his high school years. At Southeastern Louisiana University, he excelled at classical piano.

Evans pioneered a sound like no other. Steeped in formal music studies, adept at sight-reading, and blessed with a keen ear and an analytical mind, he brought a sophisticated sense of harmony to his playing, with rich chord voicings and original chord progressions. Changing a note or two within a chord, what musicians call “inner voicings,” Evans masterfully heightened interest by creating counterpoint — two or more melodic lines moving independently. As a pianist and composer, for example on “Waltz for Debby,” written for his niece, he pioneered his own harmonic idiom, so much so that books have been written solely about his harmony.

The emotional sensitivity of Evans’s playing prompted critic Martin Williams to call it “private and emotionally naked.” If it appeared that Evans’s fingers were lovingly caressing the keys, his connection went beyond that: he and the instrument became one. Like a great concert artist, he perfected his tone, pedaling, dynamics and keyboard touch, from feathery to driving. He was a pianist’s pianist, serious, virtuosic but not flashy, never one to act the entertainer. Unlike his predecessor Bud Powell, Evans produced a lovely tone from the piano, and unlike his contemporary Oscar Peterson, whose prodigious technique and fast runs were dazzling, Evans often shone in slow ballads.

His playing set such a standard that dozens upon dozens of his recordings, more than those of just about any other keyboard artist, have been transcribed for musicians to study and play. So inventive are his improvisations that classical pianists Jean-Yves Thibaudet and Igor Levit have recorded some of these scores, as if Evans were an American Chopin.
Miles Davis, a discerning talent scout, brought Evans into his acclaimed sextet to help conceive and make the 1959 album “Kind of Blue,” which became a best-selling masterwork.

As Davis would do with his band, Evans made his trio more interactive by bringing each player toward the forefront. Evans took one of the core ensembles of American music — the jazz trio, his specialty — to new levels of three-way exchange. He became one of the most influential musicians of his generation.

Evans made more than 50 albums under his name. Asked to name two that should not be missed, I would single out the posthumous compilations “The Complete Village Vanguard Recordings, 1961” and “The Complete Tony Bennett/Bill Evans Recordings.”

In the former, featuring 13 different tunes captured on a day in June 1961, Evans and his trio — adventurous bassist Scott LaFaro and subtle drummer Paul Motian — created a timeless classic. To listen closely is to enter the singular time-space of a dark, smoky night club for an unforgettable performance. You hear soft murmurs from the audience, low-key applause and a sound-scene of intense feeling and telepathic interplay. In such tunes as “My Man’s Gone Now,” “My Foolish Heart” and “Milestones,” you feel you’re eavesdropping on an intimate dialogue among three brilliant musical minds.

When Tony Bennett recorded with Bill Evans in 1975 and 1976, they played not as singer and accompanist, but as co-equals. Matched in mastery of their idioms, the result was one of the best productions either made — Bennett unadorned and deeply felt, Evans at his lyrical best. “I felt like I was recording with a symphony,” said Bennett. “It was really the best involvement I ever had with a musician.” Highlights include the poignant “Some Other Time,” the exquisitely tender “A Child Is Born” and the effusive “Make Someone Happy.”

Like most jazz musicians, most of his improvisations — spontaneous compositions — instantly floated away, never to be heard again. But fortunately for listeners, his legacy lives on, not only in hundreds of recordings and concert videos, but also in the fingers of countless pianists — and in his inspiration of other musicians. “The greatest music lesson I ever got,” said Tony Bennett, “The most powerful thing he taught me was to search only for truth and beauty.”

—Mr. Hasse is curator emeritus of American music at the Smithsonian.