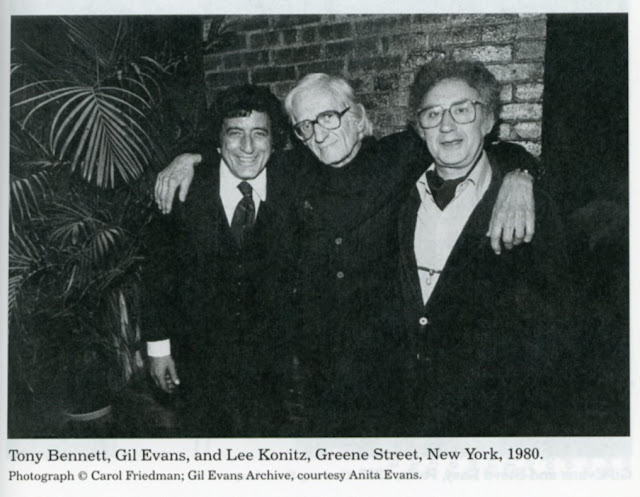 Gordon Jack is a frequent contributor to the Jazz Journal and a very generous friend in allowing JazzProfiles to re-publish his insightful and discerning writings on various topics about Jazz and its makers.


Gordon is the author of Fifties Jazz Talk An Oral Retrospective and he also developed the Gerry Mulligan discography in Raymond Horricks’ book Gerry Mulligan’s Ark.


The following obituary was published in the April 21, 2020 edition of Jazz Journal.


“Lee Konitz was one of the very few alto players of his generation not to be overwhelmed by the genius of Charlie Parker. Totally free of cliché he was able to navigate his way through performances without concerning himself with what was hip or commercially expedient. He was born in Chicago on 13 October 1927 and began on clarinet because he was very taken with Benny Goodman. After saxophone lessons with Santy Runyon he began playing in the Senn High-School band in Chicago together with Bill Russo, Milt Bernhart and Cy Touff. His first professional job around 1942/43 was with a dance band at the Paradise Ballroom in Chicago on tenor. While there his friend Joe Puma introduced him to Lennie Tristano who was playing in a rhumba band nearby. He soon began studying with Tristano which is when he “Decided to take music more seriously”. Lennie became something of a father-figure to him and all his students like Warne Marsh, Don Ferrara, Willie Dennis, Sal Mosca, Ted Brown and Lee went on to develop highly individual voices.


In 1945 he played with Jerry Wald’s band briefly before joining Teddy Powell’s orchestra thanks to a recommendation from his friend Milt Bernhart. He replaced Charlie Ventura which meant he had all the hot tenor solos to perform. Apparently when he stood up to play on his first booking, Powell walked off the stage and started banging his head against a wall. Lee sat in the section next to Boots Mussulli who was very helpful to him. After studying at Chicago’s Roosevelt College he joined Claude Thornhill’s Orchestra and his first recorded solo was on Anthropology in September 1947. He was featured on Yardbird Suite three months later and trumpeter Ed Zandy said that Lee’s advanced ideas, “Scared the hell out of us at first”. While with Thornhill he also rehearsed at Nola’s studio with the Miles Davis nonet that created a Thornhill-like sonority on its influential recordings for Capitol.


His first recording with Lennie Tristano in January 1949 included his best known composition Subconscious-Lee. It was based on What Is This Thing Called Love and it began as one of his weekly exercises for the pianist. Arnold Fishkin apparently came up with the title. Three weeks after the last Miles Davis nonet recording, Lennie Tristano’s sexet with Konitz, Warne Marsh, Billy Bauer, Arnold Fishkin and Denzil Best recorded Marionette, Sax Of A Kind, Intuition and Digression for Capitol. The first two titles were contrafacts based on September In The Rain and Fine And Dandy but the other two were totally free improvisations where Best sat out.  A little later Leonard Bernstein and Aaron Copland visited Lennie’s studio to listen to the recording which they both enjoyed. They asked to see the score and were amazed when they were told there was nothing written down. Intuition and Digression pre-date Ornette Coleman’s free experiments by about ten years.


He carried on working very occasionally with Tristano and in 2014 Uptown Records released a previously unissued live date from 1951. It was recorded at Chicago’s Blue Note with Lennie, Lee, Warne Marsh and Willie Dennis. Around this time he also had a day-job in the mail-room at the Rockefeller Centre to help support his family. Then in August 1952 Stan Kenton called and offered him a job at $175.00. a week. In his excellent Kenton biography Michael Sparke quotes Konitz as follows: “I was raising a family and needed a steady job and the thought of making $175 was monumental to me. I intended staying on the band until Christmas and getting a little bit out of debt. Today I am very pleased when I hear the things I did with Kenton. Overall I feel proud of the body of work I produced and I am delighted to have had that experience. The camaraderie and whole- life investment that goes into that kind of situation is unparalleled and it was a memorable time”. Lee’s first studio recording with the band was Kenton’s ambitious This Is An Orchestra which includes his dramatic verbal introduction for each sideman who then solos briefly. Stan really knew how to sell the band and this is what he said about Lee on the recording: “Someone for whom perfection is not enough.”


Vinnie Dean played lead and Konitz had the jazz alto chair. He joined on the same day as Richie Kamuca and their first job with the band was at the Moonlite Gardens, Coney Island Cincinnati. Over the next eighteen months he had several features including Young Blood, Swing House, My Lady, Lover Man and In Lighter Vein which was his favourite solo with the band. In January 1953 when Kenton was appearing at the Los Angeles Palladium, Gerry Mulligan invited Lee to sit-in with his quartet at the Haig. Several titles were recorded there and at Phil Turetsky’s house but Mulligan was initially unwilling to release them because he felt his and Chet Baker’s playing was under par. He changed his mind because of the brilliance of Lee’s playing on Too Marvellous For Words which sums up all his performances with the quartet. He remained with Kenton for the band’s hugely successful European tour and finally left in March 1954.


With the high profile he had acquired with Kenton supplemented by Down Beat and Metronome Awards he was at last able to form his own quartet with fellow Tristano students -  Ronnie Ball, Peter Ind and Jeff Morton. It was managed by George Wein who booked them in clubs across the USA including one memorable occasion when they appeared at Basin Street in New York opposite Louis Armstrong’s All Stars where the house was packed every night. Early in 1956 he did a series of concerts in Germany with Hans Koller and Lars Gullin. A particularly significant recording from this period was his 1957 album Very Cool with Don Ferrara where they performed Billie’s Bounce. It climaxes with the horns playing a transcription of Charlie Parker’s famous four choruses from his 1945 solo on the Savoy label. They appear to be reading it because the unison is so perfect but Don Ferrara assured me some years ago that the solo (one of Parker’s longest) had been memorised. It had been another of Tristano’s exercises for his students. In the late fifties he did several recording dates with Miles Davis, Gil Evans and Gerry Mulligan and in 1958 he performed on a European tour with Zoot Sims, JJ Johnson, Kai Winding, Phineas Newborn, Oscar Pettiford and Kenny Clarke.


He was still studying with Tristano but in 1962 he decided to move out to California for a change of scene. He did some teaching there and along with Warne Marsh he occasionally played at Kim Novak’s house on Big Sur in Monterey because she was quite a jazz fan. In 1965 he appeared at Carnegie Hall in a Tribute To Charlie Parker with Kenny Dorham, Dizzy Gillespie and JJ Johnson where he performed an unaccompanied Blues For Bird. It was not an extravagant display of prodigious technique but a highly charged emotional homage.  In 1967 he recorded a series of duets with Marshall Brown, Joe Henderson, Dick Katz, Jim Hall, Ray Nance and Richie Kamuca. Over the years he often returned to the duo form with Sal Mosca, Red Mitchell, Jimmy Giuffre, Jimmy Rowles, Gil Evans and Martial Solal.


In 1972 he was a member of an all-star band that included Jon Faddis, Eddie Bert, Gene Ammons and Gerry Mulligan that performed at Avery Fisher Hall in a concert titled Charles Mingus And Friends.  During the seventies he was occasionally reunited with Warne Marsh and then in 1976 he formed his nonet which worked quite regularly at Stryker’s and the Half Note. It was a wide ranging repertory band touching all the bases from Struttin’ With Some Barbecue to Giant Steps. The group recorded four albums one of which was at Laren in Holland where Red Rodney sat in. He continued to find common cause with a diverse range of performers like Derek Bailey, Paul Bley, Harold Danko, Kenny Barron, Brad Mehldau and Richie Beirach. In 1992 he went on the road with Gerry Mulligan’s Re-Birth Of The Cool band and that was the year he received the prestigious Danish Jazzpar Award. He was a prolific recording artist – Tom Lord lists 591 albums with 270 as a leader. His final recording was in 2019 on an album titled Old Songs New with a nonet including three string players. The arrangements are by his former student Ohad Talmor and one of the titles is Kary’s Trance which he wrote for his daughter in 1956.”


Lee Konitz died on 15 April 2020 from pneumonia complications as a result of COVID-19. 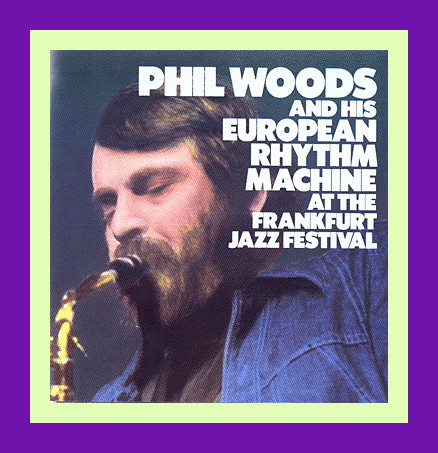