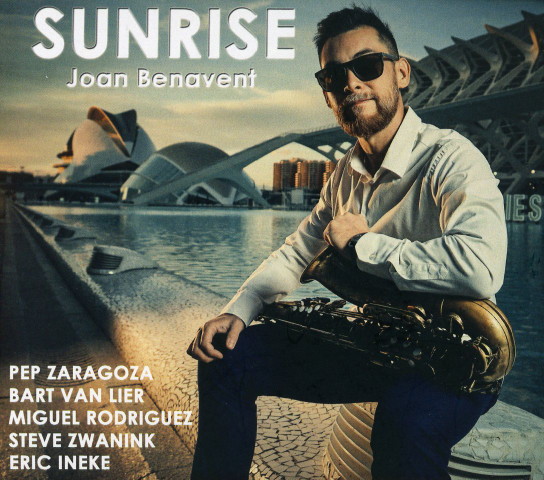 Not to demean other approaches to the music, but I have a preference for straight ahead Jazz: Jazz that you can pop your fingers to; tap your foot to; nod your head to. Its metronomic pulse - what some refer to as “swing” - creates a feeling of elation in me as I get carried away listening to the music.

And in this context, solo, duo, trio, and horn plus rhythm section are all enjoyable formats for this form of Jazz,  although, I have a particular fondness for what I refer to as “ensemble Jazz;” Jazz as played by quintets, sextets and octets.

Multi-horn front lines allow for more use of harmonies which in turn produce more textures or sonorities in the music. To my ear, the music sounds richer and fuller

In the modern idiom, the most common form of ensembles are quintets headed-up by trumpet and saxophone combinations. But I was particularly intrigued by groups led by Art Blakey, Benny Golson and Art Farmer and Gerry Mulligan formed sextets that included the trombone as the latter provided a bass clef extension or vehicle for the harmonies used in their arrangements. More recently the Marsalis brothers sported such a group.

The traditional, straight tenor trombone is written in the key of C, and it is in "Concert Pitch." This means that trombone, unlike many other wind instruments, will have the same notes and note names as a piano.

This sets up a host of possibilities for the arranger in terms of creating “colors” when the trombone is combined with a trumpet and a tenor saxophone.

When powered by a hard-driving and swinging piano, bass and drums rhythm section, and in the hands of a composer-arranger who can take full advantage of the possibilities, such a sextet becomes a Jazz Juggernaut. 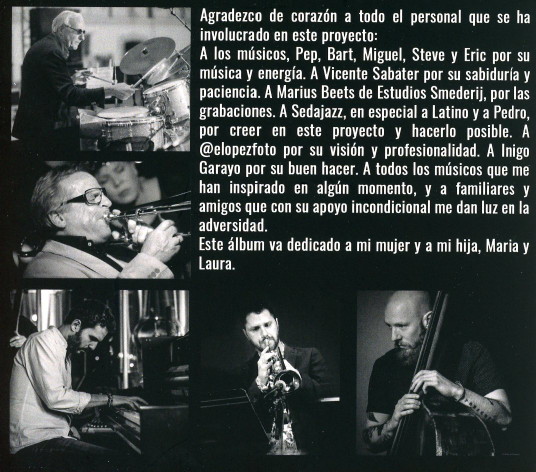 The album is made up of four originals by Joan and four standards from what is now commonly referred to as The Great American Songbook: Skylark, Mean to Me, Body and Soul and What Is This Thing Called Love.

In listening to the recording, I started at the end, so to speak, with What Is This Thing Called Love - an old standby which closes the album because its familiar melody gave me a chance to “set my ears” to Joan’s arranging style, and also because, I knew it would most likely by played as and up tempo tune in a straight ahead manner.

I wasn’t disappointed. Using Pep’s trumpet as the lead voice for the melody and the tenor to play the bridge, Joan beautifully integrates the sonorities of the instruments to explore the song as well as develop countermelodies and riffs off the main theme.

It’s a prime example of the way that the music boldly bursts forward on this recording as Joan takes advantage of the range of possibilities presented by this instrumentation.

The interplay of the textures afforded by the trumpet, trombone, tenor sax and piano is particularly evident on the recordings four originals, all penned by Joan: Sunrise, El Banca de La Serp, Tres Voltes Maria, and El Ogro Grogro [which is based on Benny Golson’s Jazz standard, Stablemates].

Joan takes great care in his treatments of the ballads on the recording. For example, Body and Soul has a rubato Intro by Joan with Miguel, Steve and Eric coming in at the bridge in tempo; Miguel plays the first solo with Joan coming in on the bridge to solo after which Miguel, Steve and Eric return to take it out. Miguel offers a brief introduction on Skylark, Joan states the melody with the rhythm section and the tune then becomes a vehicle for sensitive solos by Bart van Lier on trombone and Joan.

Skylark highlights Joan's ability to play a simple melody and get some feeling into it - a rare thing these days of overplaying and overblowing to the point that even familiar tunes lose all recognition.

Mean to Me is given a surprising twist when it’s played at an up tempo ¾ time and serves as a solo vehicle for Joan, Bart and Miguel.

Joan’s tone comes from Sonny Rollins with some harmonic helpings of Michael Brecker and Walt Weiskopf and he blends well with Pep, who has a brilliant solo with overtones of Freddie Hubbard and Jim Rotondi on the opener, Sunrise, and Bart, whose trombone style, while being very much his own, reminds me in places of Willie Dennis and Jimmy Knepper. Miguel’s solos are always informed, both rhythmically and harmonically, and bring to mind a young Herbie Hancock.

Chuck Israels the renown bassist, composer-arranger and music educator once stated that when he works with a drummer he expects to hear “wedding bells” -  an obvious metaphor for the bassist and drummer locking in to drive the time feel. Well, Chuck would certainly be happy with the union that bassist Steve Zwanink and drummer Eric Ineke established throughout Sunrise as this fusion forms a “heartbeat” that keeps each of the tracks on the album alive, fresh and swinging.

The use of modes, odd time signatures, and tempo changes keep things interesting throughout and, with so much going on in the music, Miguel, Steve and Eric keep it moving straight-ahead by laying down the beat and staying out of the way.

Whenever possible, in the few reviews that I do bring up on these pages, I attempt to have the musician talk about the music on their recordings to bring you their perspective.

In this instance, I elicited some commentary by asking Joan the following questions which he was kind enough to answer via email.

I do have two questions for you - why did you decide to arrange the music for a sextet?

Also, why did you choose these particular musicians for your group?

“I decided to arrange for sextet because it's the largest small ensemble, and it gives the opportunity to have harmonic density in the melodies and arranged parts like solis or counterpointistic melodies without having the inconvenience of putting together a large band. That can be an inconvenience for the reason of matching agendas, because some of us were flying from Spain to record in Holland, so we had quite a short time for making the whole thing happen.

I've chosen these musicians because Eric and I were looking for a project that combined both jazz scenes, the Spanish and Dutch. So we have invited some of our favourite musicians and great friends that, at the same time, were representative from each of the scenes.

Miguel Rodriguez is an Spanish piano player that has been living in Holland since he moved there to graduate, nearly 20 years ago. Since then he became one of the most essential pianists in NL, playing with the top of the scene. The same happens with Steve Zwanink, a Canadian-Dutch bass player that moved to NL to follow jazz studies. Since he is around he has shared the stage with the most important local jazz musicians and with others from abroad that called them as a local sideman. Bart van Lier is probably the father of the Dutch jazz trombone, he is still active and kicking, as you can hear him. The same with Eric, sharing stage as a side man for some of the most important jazz cats in history when they came to Europe, and still burning. Pep Zaragoza is one of the top trumpeters from the young wave in Spain, awarded and claimed several times.

In my case, I also moved to NL to study jazz, then I met Miguel and Steve (as classmates) and Eric as a teacher first and my mentor afterwards. After seven years living there I moved back to Spain and since then I'm living happily making music in my place and coming back to NL every once in a while to play with these cats.”

Sunrise by Joan Benavent and his colleagues is another example of Jazz as a music without boundaries or as “the gift” that Dizzy Gillespie once described as - “If you can hear it, you can have it.” Thanks to Joan, Pep, Bart, Miguel, Steve and Eric, Jazz is well-heard in both Spain and The Netherlands. 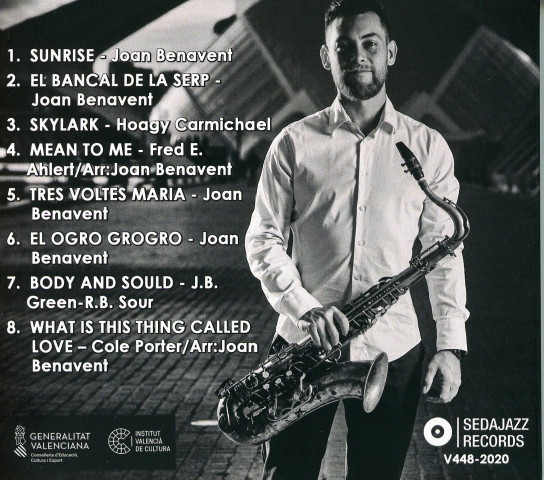