More Impulse! - Oliver Nelson - "The Blues and The Abstract Truth" 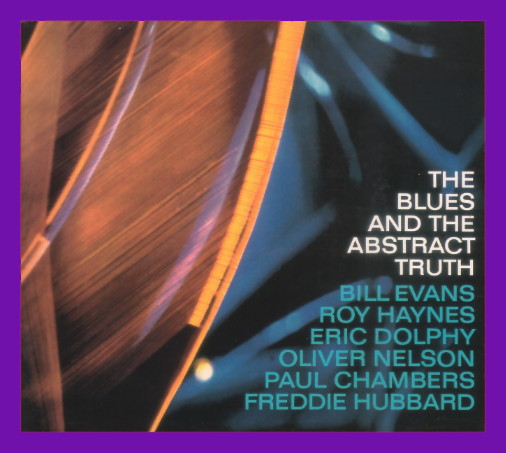 The editorial staff has previously written about Askey Kahn’s The House That Trane Built: The Story of Impulse Records which you can access by going here.

With so many recordings now available wholly or in part for sampling on Youtube, I thought it might be fun to return to Ashley’s book and dig a little deeper for annotations about some of my favorite Impulse! LPs and to populate them with audio links via YouTube.

Having started with Gil Evans’ Out of the Cool [A(S)4] issued in 1961 as the fourth album released by the label, let’s continue with the backstory for the album that succeeded it in that same year - Oliver Nelson’s The Blues and The Abstract Truth [A(S)5].

“STOLEN MOMENTS, written in I960, is a 16-bar composition derived from blues in C minor. The tune consists of three melodic ideas which extend the basic blues form. The divisions within the piece would then be 8 bars, 6 bars and 2 bars. In order to add contrast, the harmonic progressions for the solos are minor blues 12 measures in length. Freddie Hubbard begins with a very sensitive and soulful trumpet solo, followed by Eric Dolphy on flute and a tenor solo by myself. Bill Evans completes the series with a beautiful piano solo. After the final statement of melody, the piece ends quietly.”

Producer and label head Creed Taylor had already approached Oliver Nelson to record an Impulse title during the label's long gestation period in 1960. In mid-February 1961, as Impulse's four-title debut made it to market, the producer focused on Nelson, a multi-reedman, composer, and arranger whom he had come to know as a dependable saxophonist with a sense of balance.

Oliver was another story. He was very special—melodic. He understood voicing like nobody else. He had done some dates with me before at Webster Hall [studio], as part of a sax section — he, Al Cohn, and Zoot Sims. There was something different about him at that point. He could blend in with a section, but at the same time he had a sound that was so strident. When he played a solo he was unmistakably Oliver Nelson.

With a handful of unusually angular compositions requiring a septet, Nelson recorded an album that received the full Impulse treatment: state-of-the-art sound (thanks to Rudy Van Gelder,) mood-setting cover portrait (courtesy of Pete Turner), and a cryptic title the producer himself concocted. The Blues and the Abstract Truth [A(S)-5] became Impulse's first title after the label's explosive debut, and yielded a second substantial jazz radio hit with the mood-setting Stolen Moments.

Nelson himself wrote the album's liner notes, explaining the motivation and structure behind his tunes, praising his sidemen, and confessing that when he had first arrived in New York City, "I believed I had my own musical identity" until falling under the spell of two tenor saxophonists he "could not deny"—Sonny Rollins and the man Taylor had already pegged as Impulse's next project: John Coltrane. 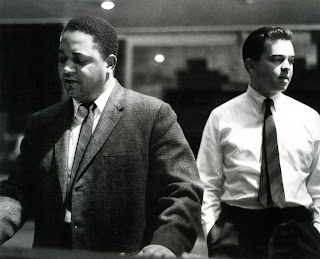 "That's my title. If the blues is a truth, why not then add 'the abstract truth'? The word 'the' was supposed to be there—'The Blues,' you know? It was like, pardon the term, our white brothers dropped the 'the.' Still—it just worked."

Creed Taylor, familiar with Oliver Nelson's recordings as a leader on Prestige, was attracted by an unusual aspect of the saxophonist's personality.

"Oliver was so articulate, personally, that we could talk about a lot of things. He had a background in the history of music—classical or whatever. We both had the same hobby, by the way: H.O. trains. Oliver built a logging camp in his basement and I built the Norfolk & Western railroad, which went from Norfolk to Columbus, Ohio, in mine. Coal trains—not Coltrane. Oliver and I had a lot in common, SO it enabled us to talk about music in a comfortable way."

"Me, Phil Woods, Oliver —all those guys were playing with Quincy," remembers Hubbard. "So I had a chance to hang out with them, and then Oliver asked me to do the date with him. Oliver liked me because at the time I was practicing with Coltrane. He would be writing even while he was with Quincy... and he had a way of writing for saxophones, close notes among the reeds.

"He got some voicings, man, that were out of this world! Like when he did [sings Stolen Moments], he had the baritone up above the tenor; to have a baritone voiced that high is unusual. And he had the alto below the tenor, and he had me playing the lead."

In fact, Hubbard received the honor of the first solo on the album, though the trumpeter recalls a few misgivings as the tapes rolled.

"I didn't know it would sound that good because he didn't turn me up as loud as I thought I should have been. But he wanted me to blend with the horns instead of being out front. I remember the fact that I said, 'How is this rhythm section going to gel?' I mean, Roy Haynes doesn't play heavy and it seems like Paul Chambers was always on top with a big sound. So Roy would just lay back behind him, and I didn't hear Bill Evans until the playback because he played so quiet."

Taylor was as enthused by Nelson's sidemen choices as he was by the arranger's enthusiasm. "Everything Freddie Hubbard played knocked me out. And what can you say about Bill Evans? He was in great shape playing-wise. And Oliver was very animated. He wouldn't just give a downbeat or count the band off, he would leave the floor! Jump up in the air and come down right on the downbeat. I'm sure his blood pressure went through the ceiling every time he conducted or played. I don't mean out of control, but he just felt every ounce of what was happening." And the tunes?

Stolen Moments was a given — just, whew!" Taylor enthuses." Cascades was the most unusual piece and Yearnin’ was just fantastic. I had never heard anything like it before, but I understood it. 'Hoe-Down' was kind of weird, I felt...."

"He had this song on there, Hoe-Down, that I'll never forget," says Hubbard. "I said, 'Man, what is this song?' [Sings melody.] To me it was kind of out of context, but he took a lick that I had stolen from Trane and he put that on the bridge. [Sings.] He built it off of that line, Oliver wasn't so much of a soloist as he was a writer, so he would take bits and parts of people's stuff."

Released in the spring of 1961, The Blues and the Abstract Truth proved career-defining for Nelson, an instant hit on jazz and even non-jazz radio, and eventually led the in-demand arranger to move to Los Angeles in 1967. Taylor:

"I don't think the word 'crossover' had become part of the language at that point, but I know all the jazz stations at the time really went for it, and other pop stations, which are not around anymore, went full steam ahead on it too. Oliver was such a unique talent and I hated to see him go to Hollywood, where he kind of evaporated."”