The Genius of Coleman Hawkins 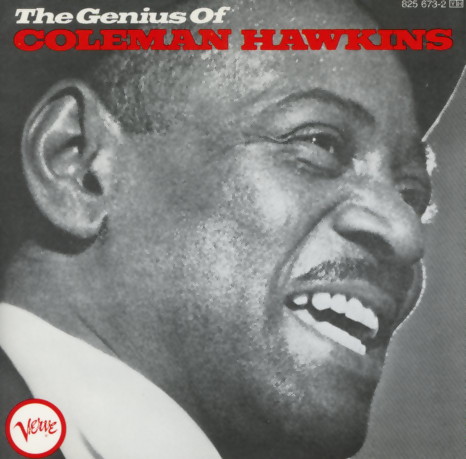 Every so often, I like to pull a record out of the collection and share some comments and thoughts about it with you. I’m especially fond of calling to your attention recordings by musicians who helped me - in pianist Barry Harris’ phrase - “look out a bit.” [In other words, that helped to broaden my understanding of Jazz.]

Such is the case with The Genius of Coleman Hawkins [Verve 825 673-2] which features “Bean” with a rhythm section comprised of pianist Oscar Peterson, guitarist Herb Ellis and bassist Ray Brown - the Oscar Peterson Trio of that time - augmented with drummer Alvin Stoller, a wonderful player who would go on to become a first call studio drummer.

“Genius,” notwithstanding, on his recordings, “Hawk” always put forth a straightforward interpretation of songs from the Great American Songbook along with a few tunes from the Jazz Standards and the occasional original.

On The Genius of Coleman Hawkins the melody for each tune is stated in a recognizable manner, Hawkins improvises for a chorus or two and the group then takes the tune out. All but one of the 12 tracks are 3.30 to 4.00 minutes long and each manages to encapsulate one or more aspects of Coleman’s genius as described in the accompanying notes to the original LP by the distinguished Jazz writer and critic Nat Hentoff.

“One value judgement on which everybody in jazz agrees is the perennial vitality and imagination of Coleman Hawkins. Now in his mid-fifties, Hawkins can still take command of any session in which he becomes sufficiently interested. He can still record with the most "modern" players (Thelonious Monk, for one example); and he is still recognized by fellow musicians as one of their continuing resources. Sonny Rollins, for instance, always lists Bean when asked the tenor saxophonists he most admires, and these days so do many modernists even younger than Sonny.

Hawkins' stature has never been in doubt historically since he began — while with Fletcher Henderson in the twenties — to liberate the tenor saxophone and become the first major, pervasive influence on that instrument. Jazz fashions being as mercurial as they are, however, he experienced a relative eclipse in poll-like estimation for some years in the forties and even into the early fifties when the Lester Young-dominated school of tenor was predominant. Hawkins' "return" (he had never, of course, been away) to interviews in the jazz magazines and higher rungs in the polls was partially set in gear by the rise of such younger, post-cool players as Sonny Rollins who clearly owed him as well as Charlie Parker a basic debt.

Coleman himself has never worried especially about who's been in office nor, unlike some of his generation, has he become embittered by the changes in styles and popularity. He hired Monk and Dizzy in his bands and on his records during that period when "bop" was used as an epithet by most writers and even by many older musicians. "It's all a natural way that jazz grows," he said recently. "You can't stop it. That's the way it is, and you're bound to pick up things yourself if you listen."

Hawkins, while always remaining strongly himself, has always been listening. Garvin Bushell, while traveling with Mamie Smith, heard Hawkins in the pit band of the 12th Street Theatre in Kansas City as early as 1921. "He was ahead of everything I ever heard on that instrument. It might have been a C melody he was playing then. He was really advanced. He read everything without missing a note. I haven't heard him miss a note yet in 38 years. And he didn't — as was the custom then — play the saxophone like a trumpet or clarinet. He was also running changes then, because he'd studied the piano as a youngster. The only thing he lacked in the early twenties," Bushell added, "was as strong a sense of the blues and the 'soul' the southern players had. He was like a typical midwest musician of that time in that respect."

Compare, however, his first recordings with Henderson with those that followed his growing absorption of the influences brought to New York by players from the south and southwest, most notably by Louis Armstrong in his stay with the Henderson band. By the end of the twenties, Hawkins was supreme on the tenor. Wherever he traveled, he was looked up to by all the younger players. Jo Jones, explaining a rare time when Coleman Hawkins was bested at a session (in Kansas City by Ben Webster, Lester Young and Herschel Evans) points out: "You see, nobody in those days would walk in and set up with Hawkins, except maybe in New York where Chu Berry was just coming up. But most of the time at sessions guys would just be trying to show Hawkins how they had improved since he had last heard them."

Hawkins continued being the  arbiter for many young musicians  — without

"Coleman Hawkins was apparently one of the musicians responsible for Oscar Peterson's discovery. Peterson told me that one night at a club in Toronto, Hawkins sat and listened to him all evening without saying a word. When everyone had gone, Hawkins asked him to play a tune. He said, 'I'd like to hear It's The Talk of the Town but I'd like to hear it in B natural.' As Peterson said to me, he managed that one and a couple of other teasers and was thus accepted by Hawkins."

Hawkins enjoyed this date. He'd played with the Peterson trio before on the JATP tours; and with his customary disinclination to go into long verbalizations of music, he said of this session: "It all went down pretty easy. We got several first takes that were so good we didn't do any more. They were all 'heads' and I picked most of the tunes." The original, Blues for Rene, is by Hawkins.

This is unfettered Hawkins — no strings, no paper, nothing but his horn and rhythm. He remains as described by Benny Green, the British musician, in a chapter in The Decca Book of Jazz: ". . . He was the first of the jazz saxophone virtuosi, with a technique equal to the task of playing anything his mind could conceive. And his mind could conceive patterns of great ingenuity and beauty. For all the apparent hot-headedness of Hawkins in full cry over a faster tempo or his seeming blind fervor on a ballad, the Hawkins mind behind the Hawkins heart was always perfectly poised, weaving ingenious melodic patterns almost mathematical in their precision and in the inevitability of their resolutions."

Inevitability, the feeling that a solo could not have been otherwise, is one mark of a major improviser. Coleman Hawkins, for one.” 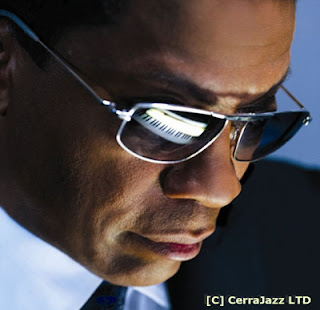 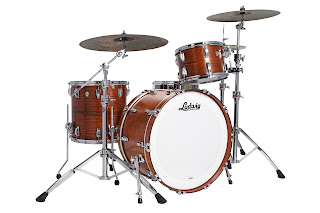 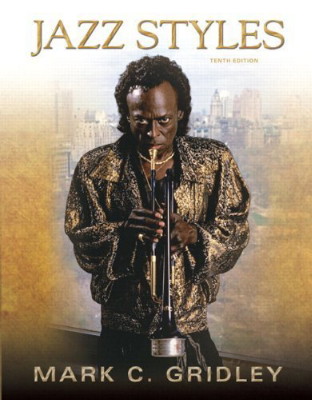