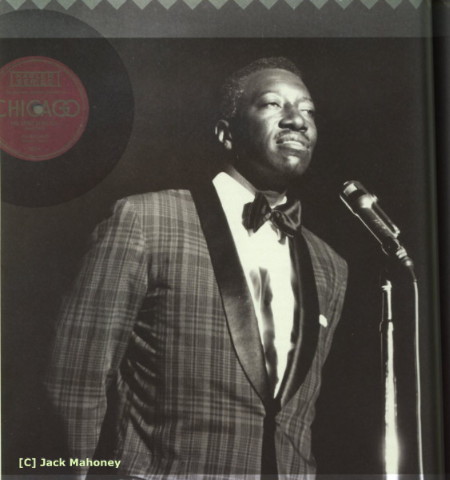 From the About the Writer insert in Down Beat magazine:

“Barbara Gardner is a young Chicago writer who was born in Black Mountain, N. C. She was educated at Talladega College in Alabama, where she took a double major — English literature with a journalism minor, and education with a sociology minor.

In 1954 she moved to Chicago. She has an almost encyclopedic knowledge of jazz musicians. "I don't know how it happened. I just seemed to meet them all the time," she says. "And of course I was intensely interested in the music ever since I can remember."

Julian and Nat Adderley were her good personal friends and her first appearance in Down Beat in the October 15, 1959 edition featured her interview with them.

Shortly thereafter, she moved onto this piece with vocalist Joe Williams.

I doubt you’ll ever come across a more poignant explanation of the blues than the one contained in the following description of its origins and meaning by Blues Belter Joe Williams which appeared in the March 31, 1960 edition of Down Beat.

“There is music, wrung from heavy hearts, shouted defiantly or wailed pitifully — but lasting. Rooted deep in millions of enslaved people, the blues smoldered, sputtered for centuries, and burst into a globe-encompassing flame of recognition. Today, everybody knows the blues, because at one time or another everybody gets the blues — or the blues gets them.

I know about the blues. To me, the blues is a story — a story of heartbreak and sorrow. Yet at times it is a story of hope and faith. I am a blues singer — a storyteller — and I can't tell you why.

I can remember stories, terrible stories from the days of slavery, of children being torn from the arms of their mothers, and families and lovers being separated by force. These yearning, lonely people could speak little English. They could only stammer, parrot-like, jumbled phrases they picked up from their masters.

Lacking even this, they often found expression for their misery through moans and wails, cries and shrieks. This might have been the start of the whole thing, the start of something big, so to speak. The unleashed desire to scream as loud as you could for your loved one to be back with you, and the yearning to be free, helped greatly to lay the foundation of the blues.

The blues have been faithful to that beginning. They have recorded graphically the long, agonizing struggle of a people to adjust, to adapt, to find happiness in an alien land. Yet, not only the hard times and ill treatment have been preserved. The good times and high hopes have maintained their place in the blues.

What began as an expression of the downtrodden Negro now belongs to the world. It is a universal language. The only discriminating feature of blues and blues singers is that the message and the interpretation must have "soul." Until recently, the tune had to be "funky." I haven't heard "funky" so much lately, so apparently they have "funked" out and "soul" is the new ingredient.

I can't accept the belief that soul is given to one particular group of people. Soul is the feeling that a man or woman imparts either vocally or instrumentally. The ability is not given to everyone. But when it is, it is given irrespective of race or color.

The early blues told of hollow logs, lonesome train whistles, howling dogs, muddy water and loneliness. Of these, only loneliness remains in modern times. The same heartache that drove the old timer to lay his head "on some lonesome railroad track" now drives him to stretch out on the couch of the local psychiatrist.

Of course, there is blues expression in modern tunes. Unfortunately, the writers and critics have failed in the main to recognize it. Ray Charles is the blues master of this age. When he sings about "Maryann," every man listening — whether he is a college boy or a steel worker — understands just what he's saying.

What man has not at one time in his life pleaded with his girl at least once, "Let me take you home tonight, baby, I'll make everything all right." People say these things in the way that is most natural to them, but the same requests are always essentially the same.

This newly found identification has resulted in a sharp surge of interest in the blues. Today, in the fast missile age. blues are becoming more popular because people are beginning to realize that many of these situations in songs touch on their own problems.

For years the blues singers were not able to get their stories across because the blues had not been understood. But more and more now, the lyrics are becoming clearer and people can understand what is being said; they are getting the story.

The blues have always been a personal vehicle for me. Many people believe that there can be no happy blues. I read all kinds of messages of happiness and hope from the blues. Even when the tune is unhappy, as in the familiar

"Trouble in Mind" lyric, there is the anticipation that "the sun's gonna shine in my backdoor someday."

To me, this is strength.

The blues should sound good. It should sound sincere. Even if it is a happy blues, and the situation in the song itself is preposterous, I think it should ring true and be sung with sincerity. For, after all, sincerity and feeling are the key factors in transforming a ballad or a popular tune into a blues work. Again I must return to Ray. His perfect blues treatment of the ballad "Come Rain or Come Shine" is one of the best examples.

Duke Ellington is another great blues man. He is one of the best blues storytellers you will ever hear. Ellington polishes his blues with shellac and satire, but if you listen to his music and his lyrics, the main ironic, unhappy situations are there.

Unfortunately, there are few women blues singers who are projecting the message today. The queen of these is Dinah Washington.

There are no words to describe the wonderful warm feeling she emits when she sings. The lyric becomes so personal that you remember each and every incident in your own life vaguely similar to the situation she sings about.

It is strange that with the great interest in blues at this time, there is still talk of jazz and blues as a dying art. It is my belief that as long as singers are able to strike a vibrant chord within the hearts of people, the art will live. The blues is like a woman, full of new discoveries everyday.

The first inspiration to sing the blues came to me from Big Joe Turner, back in the early 1930s. If you have any doubts about modern-day blues, listen to Big Joe sing "Chains of Love."

The better tomorrow began for me when I joined the Count Basie organization. Here is the swingingest band in the world, and the entire group to the last man enjoys his work. I am sure we all enjoy our work or we could never suffer the hard knock we encounter.

We're forever pulling up roots. We're like a band of gypsies. We have a suitcase packed all the time and usually we never get to everything in the suitcase. We're forever traveling, moving on. Sometimes, we're not ready to move on, but it's our work, and a man has to follow his work. So I go where I'm told to go and sing what I'm told to sing.

Count Basie, his magnificent orchestra and the boy singer constitute a top attraction. People come to hear what we have to say. So the band is still and I'm still singing and — there it is!”